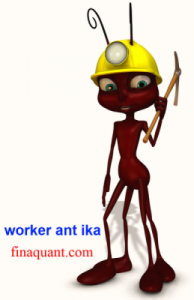 Which societies were the first farmers? When and where did they emerge?

Early civilizations in the Fertile Crescent of Middle East or in China about 9000 BC? Or maybe ancient people in Solomon Islands or in the Highlands of New Guinea?

No, social insects like ants and termites were the first farmers on land; leaf-cutter ants began cultivating a fungus species about 50 million years ago!

Video: Coevolution of the ant and fungi

How about the domestication of animals? Which societies were the first breeders and shepherds?

Dogs (originally wolves) were tamed and enslaved about 12’000 years ago. Other herding animals like sheep and cattle were domesticated around 8000 BC. See history of animal domestication

So, these ancient people were the first animal breeders?

In fact, with their workers, soldiers, baby sitters, site builders, leaf-cutters and fungus nurses ants were among the first industrial societies. Whereas we humans have education and indoctrination for the definition of roles in the economic life, ants have their genetic imprinting. Both systems work perfectly!

Due to all these wonderful traits ant “ika” (a worker ant named ika or shortly “ant ika”) is the nickname we have chosen for the upcoming feature for our .net libraries finaquant protos and finaquant calcs, namely calculation node.

Our worker ant ika doesn’t live in forests, grasslands or deserts; it lives in the computers of our users.

We can summarize the advantages of ant ika as follows:

All these qualities make our worker ant ika an industrious individual of an industrial society. See this: Interesting facts about ants

What is a calculation node? (nickname: ant ika)

A calculation node encapsulates a high-level table function (also called node function) with a number of input and output parameters. Note that all these parameters are tables without an exception. 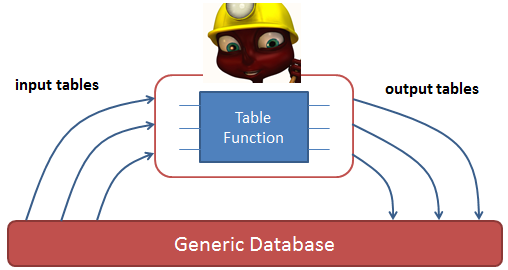 Once configured properly a calculation node fetches all the required inputs from the database, executes the assigned table function to generate output tables and writes them into the database.

Ant ika has the ability to calculate and store all the table valued parameters of multiple calculation instances. For example you may want to execute a table function for every month and country for calculating some price estimations.

The whole range of table functions in the library can be used to formulate high-level node functions.

What sort of analytical problems can be solved with calculation nodes?

Well, considering the holistic approach of finaquant libraries to numerical computation with its table valued parameters, the question must rather be asked the other way around: Which problems can’t be solved with calculation nodes?

Possible application areas include estimations and forecasts based on historical data, scenario analysis, simulations and optimizations, fee and commission calculations for provider-dealer networks, strategic financial planning, reporting and so on.

The output of a node can be input for another node in a calculation network -which is a sort of function tree with table valued parameters.

Calculation networks will be a feature of our (upcoming) commercial product finaquant® calcs. This is a relatively complex feature that will probably be required for only advanced scenarios.

So much to calculation nodes and networks. If you want to know more about the secret life of ants1 I strongly recommend you to watch this documentary film:
ANTS – Nature’s Secret Power (Full)
Written by: Tunc Ali Kütükcüoglu

This entry was posted in Finaquant news. Bookmark the permalink.